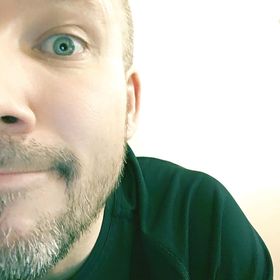 WHY? Understanding the Problem

What is wrong with the normal ovens that we use now? In a hectic world where we are constantly busy checking the oven for something basic to cook is the last thing we need to be doing. This helps encourage people to cook and bake from scratch with easy to follow recipes depending on dietary needs. This guides the users from start to plate.

Looking into similar apps online or ones around the same type of process the main user interaction seems to be the big dial. Modern interface with minimal controls and customisable presets would be ideal for most users cooking needs.

Empathy for the User

Different users need different types of cooking. It could vary between the number of people feeding, diet, time constraints, ability, etc. Also, some people like to show there cooking ‘achievements’ for recognition. With encouragement and guidance, people could start getting confident in cooking, especially the younger millennial generation.

Looking into these basic personas you can already see the benefits of certain features. But users have started looking after themselves with fitness and therefore will be looking into their eating habits. Time would be of concern for all users also as Tarik is working long shifts and commutes for long periods and Marie is also working full time and also has kids and family.

James is living with his parents who work full-time as well, this is a problem with time with everyone in the house, as well as this he also plans for the week, it will be a benefit to his meal prepping so he can cook his weeks meals from his phone so he can keep track of what he is eating and also take photos from the oven for his fitness Instagram page.

The main areas for all users would be time. Saving time with recipes, time estimates and nutritional information would be a massive benefit, especially if they could control the oven to come on at a particular time if either the food was in there or someone (one of Marie’s kids) moved food from the fridge.

Also, all users would benefit from the community social feeds and recipes from within the application. On top of that, they would be able to post images online to other social media services. If there was a feature of an internal camera, users would be able to not only monitor and check their food cooking whilst away from the home, but also post photos or even time-lapse videos online.

Main points for prototyping would be the initial onboarding and ease of use along with familiarity as it is a new product taking over a day to day used item that technically doesn’t need to be replaced. Getting to the controls that people are used to before getting into the newer features, this will build confidence in using the product to its full potential.

The personality behind the NOVO is a friendly one, to be accessible for new users and people starting to get interested in cooking and nutrition. Personality should be explored fully once we have a very basic user interface system in place and the user experience has been fully tested and is fluid. There is no harm through using bold block colours of the direction of the personality and branding.

From the very beginning once the app has been started the user will be guided through the process of connecting the NOVO Oven to the wifi and smart home appliances. This will be an easy to use onboarding process with visual screens following the steps.

Once the NOVO is connected even if the oven door is opened and then closed the user will get a push notification on their phone to say “What’s cooking?” upon tapping the notification the app will open straight away with the temperature dial and presets ready for quick cooking.

If the user just opens up the app they could look through different pictures from the social feed. These have the option to be linked to recipes if available. There will be a vast amount of recipes and ability for users to submit recipes and votes to be cast along with comments and pictures linked.

There will be awareness in the app that notices common tasks and allows from presets to be set. These can be combos of cooking which can be added in a simple manner of tapping the plus icon below the heat dial which will give the user the ability to add various combinations of cooking from defrosting, preheating, general oven usages, fan assisted and the grill. Whilst the oven is working you can view a timeline showing the temperature and time left.

We are assuming the main target audience would be both male and females, mainly single between the ages of 22 - 30 with full-time busy job roles. This is a generalisation but this would be the focus of the design and branding.

If I was working on this for longer and with a better test environment I would work with the stakeholders and have workshops with key members of the business and also some workshops with general users to get a more rounded view on different situations of the usage of the application. I would also loop the testing and iteration to get the best possible product for the userbase.